"Battle of the Century"

"Battle of the Century" is the ninth episode of Season 2 of Boardwalk Empire, and the 21st episode overall. It was written by co-producer Steve Kornacki and was directed by Brad Anderson. It first aired on HBO on 20 November 2011.

Nucky Thompson and Owen Sleater visit Belfast, Ireland to offer the Irish Republican Army (IRA) the US Army’s surplus Thompson submachine guns. Nucky wants whiskey in exchange in order to gain funds for his own war. John McGarrigle turns down the proposal because of impending negotiations for peace with the English government. The other leaders of the IRA are less keen to end their struggle for independence and have McGarrigle assassinated allowing them to accept Nucky’s deal. Nucky is concerned that Sleater did not make him aware of this plot and then distressed by a telegram from Margaret Schroeder. Prosecutor Esther Randolph continues to build her case against Nucky, interviewing a subordinate in the Sheriff's Office.

Margaret is horrified when her daughter, Emily, develops paralysis of her legs. Emily is diagnosed with polio and quarantined in hospital. Margaret blames her own sins for the illness and cannot stay away from Emily’s bedside.

Jimmy Darmody attempts to consolidate his newfound power in Atlantic City. He arranges to buy the transportation routes for medicinal whiskey from George Remus so that he can steal it. He meets with Waxey Gordon and informs him that Manny Horvitz is responsible for killing his men. Waxey unsuccessfully attempts to have Manny murdered and Manny is able to link the killer to Atlantic City. Chalky White orchestrates labor unrest among the African American workers of Atlantic City. Richard Harrow worries that Jimmy was mocking him when he promised that he would settle down with a woman. Jimmy denies this and the two meet willing dates at the radio broadcast of the Dempsey vs. Carpentier boxing match. 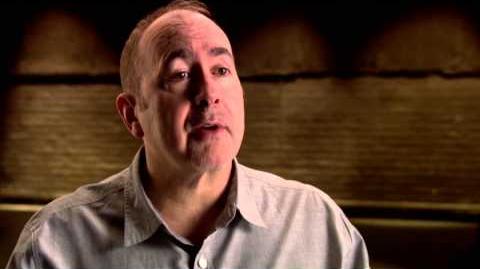 This article is a stub. You can help Boardwalk Empire Wiki by expanding it.

Retrieved from "https://boardwalkempire.fandom.com/wiki/Battle_of_the_Century?oldid=27339"
Community content is available under CC-BY-SA unless otherwise noted.