"Georgia Peaches" is the tenth episode of Season 2 of Boardwalk Empire, and the 22nd episode overall. It was written by freelance writer Dave Flebotte and directed by Jeremy Podeswa. It first aired on 27 November 2011.

Nucky Thompson makes a strong return to Atlantic City on the bootlegging front. He floods the city with the high quality, low cost whiskey but is deflated when he cannot get his trial moved back to town. He fires his attorney and arranges to visit New York to hire a new lawyer. Emily Schroeder waits for test results at the hospital and Margaret continues to blame her own sins for Emily’s illness. Teddy acts out, feeling neglected with Emily unwell and Nucky offers to take him to New York. In the city he is introduced to Bill Fallon by Arnold Rothstein and hires him as his defense attorney. After the meeting Teddy reveals that he saw Nucky burn down his father’s house. While Nucky is away Margaret donates her savings and jewellery to the Catholic church to prove her devotion. On his return they meet with Emily’s doctor and he tells them that her paralysis is likely to be permanent.

Jimmy Darmody faces further challenges to his leadership, several set in motion by Nucky. The ongoing African American workers strike has angered the hoteliers who pay him protection money. He is pressured into using strike breakers by his advisors. They are unsuccessful in ending the strike but do beat a key witness as a warning on Eli Thompson’s behalf. Jimmy then attempts to negotiate an end to the strike with Chalky White but is unsuccessful. Eli’s warning has the opposite effect to his intention and he is arrested for murder when the witness comes forward. Prosecutor Esther Randolph offers Eli a deal if he will testify against Nucky and continues to work with Nelson Van Alden to prepare her case for trial.

Jimmy is unable to sell his first shipment of diluted medicinal alcohol because of Nucky’s imported whiskey. His partners Lucky Luciano and Al Capone are frustrated by his inability to control his own territory and agree to split the shipment up to sell outside of Atlantic City. Jimmy finally sends Mickey Doyle to deliver the liquor Manny Horvitz paid for. Manny tortures Doyle into giving him Jimmy’s address and goes to his home, planning to kill him because he believes Jimmy tried to have him assassinated. He finds Angela Darmody in bed and murders her and her lover while Jimmy is on the road to Princeton. 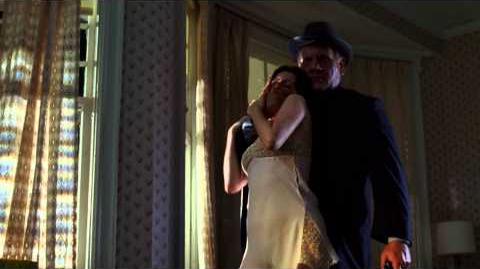 The preview for this episode was released on 20 November 2011 and premiered immediately after the preceding episode "Battle of the Century" aired on HBO. 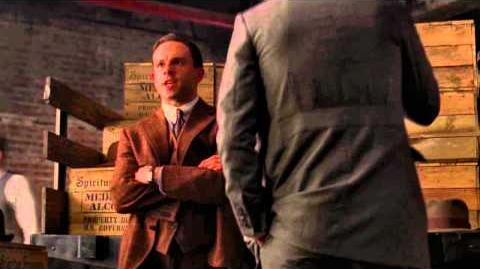 In the week running up to the release of the episode two further clips were made available through the HBO website. The first features Luciano and Lansky giving Jimmy a sample of heroin. 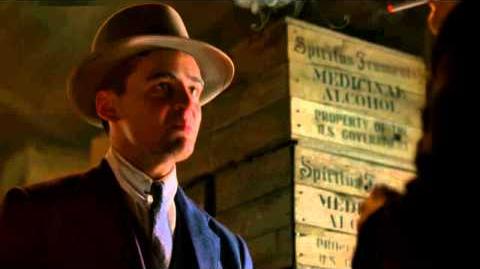 The second feature Nucky meeting with Rothstein and his lawyer Bill Fallon. 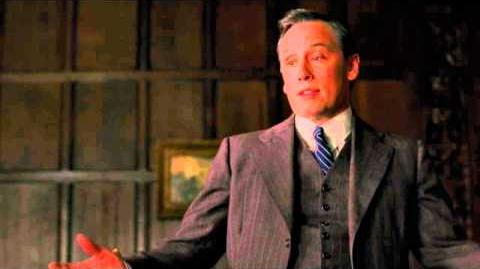 HBO also made the recap video that was shown immediately prior to the next episode airing available via their website.

This article is a stub. You can help Boardwalk Empire Wiki by expanding it.