"Gimcrack & Bunkum" is the fifth episode of the second season of Boardwalk Empire, and the 17th episode overall. It first aired on 23 October 2011. The episode was written by co-executive producer Howard Korder, his second writing credit for the season, and his fourth overall. The episode was directed by executive producer and regular director Tim Van Patten marking his second directing credit for the season and his sixth overall.

On Memorial Day Nucky Thompson and Jimmy Darmody both give successful speeches. After, Jimmy and Eli Thompson meet with the memorial committee, who are The Commodore's financial backers in the coup against Nucky. The committee have lost faith in the plan and are concerned by The Commodore's absence. Jimmy is unable to reassure them, then Jackson Parkhurst strikes Jimmy with his cane, bringing the meeting to an abrupt end.

Nucky gets the favor he wanted from Attorney General Harry Daugherty — assistance with his legal troubles. In return he will repay Daugherty with a day's entertainment. Eli visits Nucky at home, desperate to back out of the coup. Nucky refuses to help him, they get into a brutal fight which is broken up by Margaret Schroeder holding a shotgun to Eli's head.

Later, Eli kills George O'Neill when he threatens to expose the conspiracy against Nucky.

Richard Harrow spends the day in the woods 'hunting' and comes close to shooting himself. He is brought back from the brink by the timely intervention of a dog and the advice of two woodsmen. He returns to Atlantic City and helps Jimmy get revenge by scalping Parkhurst. 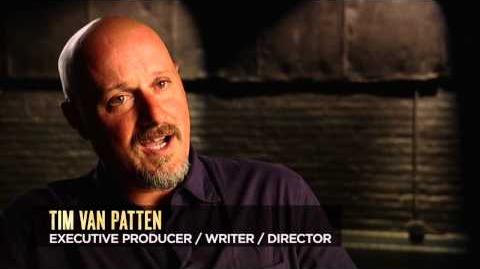