Boardwalk Empire Wiki
Register
Don't have an account?
Sign In
Advertisement
in: Episodes, Season 5, Season 5 Episodes, Who plays nucky when he was a child and young man

Golden Days for Boys and Girls

"Golden Days for Boys and Girls"

Season 5 opens in 1931 with Nucky in Cuba, where he presses a U.S. senator on the likelihood of Prohibition's repeal and eyes a future business deal with a rum magnate. Meanwhile, Margaret witnesses a casualty of the Great Depression on Wall Street; Luciano makes a bold career move; Chalky catches a break to get out of a bad situation; and in a flashback to 1884, a young Nucky makes an impression on the Commodore.

(Minor spoilers within, as the seven-year gap between seasons of “Boardwalk Empire” means that some of its historical characters have passed on.)

The world of 1931 is vastly different from 1924, when the roaring twenties were in full swing and fatcats like Nucky Thompson (Steve Buscemi) were getting rich off of prohibition. Cut to seven years later, and the party’s over. The Great Depression has decimated the country and the landscape has totally changed. Nucky Thompson is now operating in Cuba, laying the groundwork to go legitimate as the end of prohibition approaches. Alongside Sally Wheet (Patricia Arquette), Nucky meets with a U.S. Senator to forge ties with the Cuban company behind Bacardi Rum.

Meanwhile, since “Boardwalk Empire” and its creators choose not to toy with history the way Quentin Tarantino did with “Inglorious Basterds,” Arnold Rothstein (Michael Stuhlbarg) is out of the picture (murdered in 1928 after failing to pay a large debt resulting from a fixed poker game). Pour one out for A.R., but in the wake of his death, his protégés, Lucky Luciano (Vincent Piazza) and Meyer Lansky (Anatol Yusef) —now estranged from each other— are trying to make up that lost ground.

Knowing an opportunity when he sees one, Lansky conveniently turns up in Cuba to meet Nucky. Meanwhile, Luciano turns his back on former boss Joe Masseria (Ivo Nandi), selling him out to rival Italian gangs, having him killed and swearing allegiance to the opposing team.

The only other familiar character in this episode —aside from a brief cameo from Margaret (Kelly Macdonald), Nucky’s estranged wife who feels the effects of the depression when her boss kills himself in front his entire staff— is the african american gangster Chalky White (Michael Kenneth Williams). When we last saw Chalky, he had just survived an assassination attempt by his nemesis Valentin Narcisse (Jeffrey Wright) which claimed the life of his mentor. Cut to seven years later, and Chalky is doing the convict shuffle; working on a chain gang, imprisoned for some crime or another, and is beaten and abused by his guards. When a prison riot starts on a work release trip, Chalky seizes the moment and escapes, with another convict by his side. Where they are going is presently unknown.

But “Golden Days For Boys & Girls” is marked by the past, figuratively. As Nucky lays out his post-Prohibition plan in Cuba, the slow-moving episode spends much of its time in his head, flashing back to his childhood when he first met the Commodore (now played by John Ellison Conlee). With only seven episodes to go, it’s frustrating to watch “Boardwalk Empire” leisurely go down memory lane in prequel-like fashion when there are so many unanswered questions.

Many major characters are still missing: Nelson Van Alden (Michael Shannon), Nucky’s brother Eli Thompson (Shea Whigham), Al Capone (Stephen Graham) and Chalky White’s bête noir Narcisse (Jeffrey Wright). Given the massive jump in time and truncated nature of the final season, it would be understandable if some of characters would be written out of the show —especially Narcisse, who was only introduced last season— but they’ll all be back. How and where and under what context? What’s the state of their lives now? You’ll have to tune in next week to find out.

I’ve been a longtime supporter of “Boardwalk Empire,” but my patience is beginning to run out. With only eight episodes this season, many were expecting a dash for the finish line, but the seven-year jump forces the show to reorient itself to a new beginning. Nucky’s remembrances feels a little navelgazey, almost as if the showrunners are feeling nostalgic for everything they’ve accomplished, rather than getting the new narrative in gear.

Perhaps it’ll pick up, but as a first episode of the final season, anyone who’s griped about the pace of the show’s narrative won’t find much reprieve here. On the flipside, Terence Winter and his writers are evidently sticking to their guns no matter what. Empires always fall, as will Nucky Thompson’s reign, but how and when? “Boardwalk Empire” hasn’t even introduced the central conflict that will take us there. 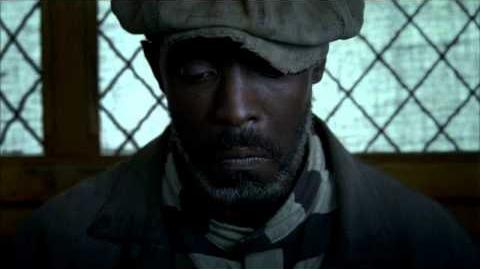