"Peg of Old" is the seventh episode of Season 2 of Boardwalk Empire, and the 19th episode overall. The episode was written by co-executive producer Howard Korder, co-producer Steve Kornacki and staff writer Bathsheba Doran. It was directed by Allen Coulter. It originally aired on 6 November 2011.

Nelson Van Alden is unable to pay Lucy Danziger for the custody of their baby as they agreed. He is also put out when a new prosecutor, Esther Randolph, takes over his office to work on the election rigging case against Nucky Thompson. Lucy goes to Nucky for help with the baby, she explains that Van Alden is the father and Nucky gives her money. Nucky uses the information in an attempt to blackmail Van Alden into spying on Randolph. Lucy leaves the baby with Van Alden and he bonds with her. Van Alden goes to Randolph and gives her his investigative file on Nucky.

Margaret Schroeder travels to Brooklyn to meet with her estranged family, wanting to reconnect with people who know her. She befriends her youngest sister. The visit only deepens the bitter rift with her brother, who refused to help her when she fled Ireland due to the shame of an unplanned pregnancy. She is hurt when he tells her that her family does not know her any more.

Jimmy Darmody hosts a meeting of ascendant gangsters, including Lucky Luciano and Al Capone, to discuss taking over bootlegging across the country. They convince Jimmy to order Nucky's death. Jimmy discusses his regrets about the plan with Gillian who is adamant that he stick to his decision. Jimmy goes to talk to Nucky immediately before the hit. When the gunman open fires, Nucky is shot in the hand and then rescued by the federal investigator who has been following him. Nucky's bodyguard Owen Sleater is not with him because he has gone to murder a traitor to Sinn Féin. When Margaret returns to Atlantic City she sleeps with Sleater. 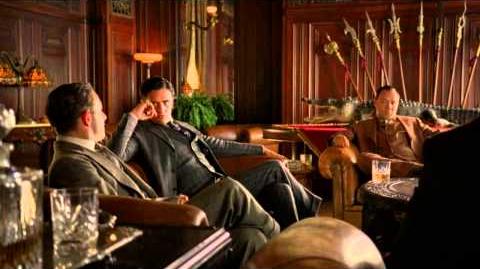