"Sunday Best" is the seventh episode of Season 3 of Boardwalk Empire, and the 31st episode overall. It was written by Howard Korder and directed by Allen Coulter. It premiered on 28 October 2012. The episode is set on Easter Sunday 1923, which took place on April 1.

On Easter Sunday, Eli looks to get back in Nucky's good graces at a Thompson family reunion. While Richard and Tommy spend the day as guests of the Sagorskys, Gillian stays at home and makes a sacrifice to improve her future. In New York, after dinner and prayers, Gyp heads downtown in search of a blessing from Joe Masseria.

June Thompson organizes an Easter dinner and invites Nucky, Margaret and the children to join her, Eli and their family of eight children for the first time since the brothers had a falling out two years before. After the meal, June, who had not even met Margaret, converses with her and makes no secret that she knows nothing of Eli's dealings out of the house but that she is happy that way. She is taken aback when Margaret confides that Nucky is unfaithful and has a relationship with Billie Kent. Not knowing how to react, June chooses to ignore it as well. Nucky and Eli also have their own sit down in the garage, where Nucky manifests that he is still bitter at Eli's betrayal. Annoyed, Eli produces a gun and says that he'd rather have Nucky shoot him right there than keep waiting for it to happen. The families then get together for an improvised talent show where Nucky juggles and Margaret sings. Back at home, Nucky offers to teach Margaret to juggle but she refuses saying that it is too late. Nucky then phones Eli and tells him that he's now in charge of the distillery on equal rank with Mickey Doyle, as a reward for his attempt to stop the Tabor Heights massacre.

Gillian Darmody sends Richard Harrow, Tommy and the girls away from the brothel under the excuse that she is suffering from her period and there will be no clients anyway because of the holiday. Once alone, she welcomes her newfound lover Roger McAllister in the house, and tells him that it is a leftover from her dead husband, a younger man that knew her since they were children and left once to never come back. During dinner, Roger points out that she doesn't really know if her husband is dead in that case. They have sex and Roger proposes Gillian to sell the house and hit the road together. However, Gillian tricks him into having a bath and when he is distracted, Gillian injects Roger with Lucky Luciano's heroin and drowns him in the bathtub while he is dazed. She then puts Jimmy's tags on him, plants the syringe near his arm, and leaves the body to be found by the girls that night.

Richard takes Tommy to dine with Paul Sagorsky and his daughter, Julia. Paul is in his usual combative mood but Julia assures Richard that his father actually likes him. Tommy asks to use the toilet but instead of coming back right after he sneaks into Paul's dead son's room, Fred Sagorsky, where he is found playing with Fred's toys. Enraged, Paul seizes Tommy, and Richard tells him to let the kid go or he'll kill him. Paul then orders all the guests to leave and secludes himself in his son's room. Richard awkwardly asks Julia to accompany them to the carnival for the rest of the day and she accepts, although she asks him to not threaten her father again. In the carnival, the three are mistaken for a family as they pose for a photo together.

Meanwhile, in Manhattan, Tonino Sandrelli carefully addresses their business situation to his boss, Gyp Rosetti. While they were camped in Tabor Heights, rival gangs entered their territory and robbed them of some of their assets: their benefits have dwindled and their protector, Joe Masseria, is still waiting for his cut. During dinner, Gyp is berated by the women in his family. He then goes to a church, where he angrily lashes out at Jesus for letting him down. A priest, responding to his yelling, asks if he needs help. Gyp punches the priest, robs the church and brings the money directly to Masseria without changing the coins to bills. Masseria berates Gyp and makes clear that he is going to execute him for being too hard to control, but Gyp convinces him that Nucky Thompson, Arnold Rothstein, and Charles Luciano are working together to build a criminal empire without the Italians. He tells Masseria that there will be a war, and asks for Masseria's blessing to finish the war he started in Tabor Heights. He states that he will kill Thompson, Rothstein, and Luciano, and make Masseria a king. 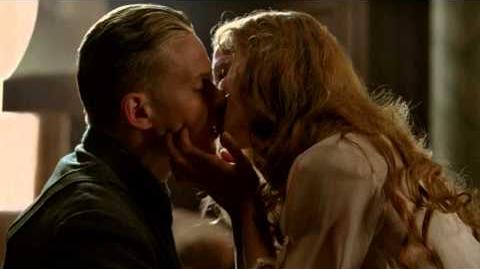 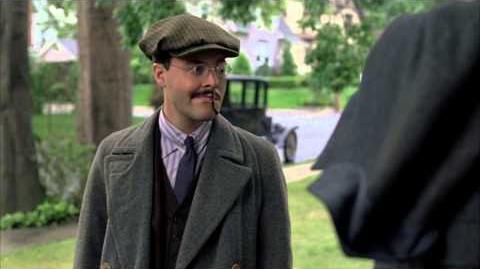