"The Good Listener" is the second episode of the fifth season of Boardwalk Empire, and the 50th episode overall. It was written by series creator and Executive Producer Terence Winter and helmed by regular director Allen Coulter. It first aired on September 14th, 2014.

Nucky visits Johnny Torrio in New York City to discuss his close call in Cuba and find out if new Mafia boss Salvatore Maranzano had anything to do with it. Meanwhile, law-school graduate Willie has a job interview; Eli and Nelson's liquor stash is raided by Eliot Ness in Chicago; and Joseph Kennedy listens to Nucky's pitch for post-Prohibition prosperity. Also: A young Nucky and his family mourn the loss of his sister, Susan, in 1884.

“How do you do it? Work with people you can’t trust,” Nucky Thompson sneers disdainfully at an adversary. If criminals used to live by certain values in America, those codes are quickly eroding during the Depression. One might argue allegiances were never a sure thing in the criminal underworld, and in the universe of “Boardwalk Empire,” loyalties are ever changing. Nucky Thompson (Steve Buscemi) discovers this rather quickly when he arrives back in New York from Havana, having just narrowly escaped an assassination attempt. But from whom and why? Thompson’s got his ideas, but he wants to he wants to see the playing field with the lights on before he makes any hasty decisions.

But first, in Chicago, trouble is brewing. Wondering where Eli Thompson (Shea Whigham) has been? Pretty much right where he left off in season four, only much worse for wear. After killing undercover FBI agent James Tolliver aka agent Knox (Brian Geraghty), Eli had to go underground. Seven years later, Eli is a bloated drunk working for Al Capone (Stephen Graham) alongside Nelson Van Alden (Michael Shannon). The emotional toll of leaving behind his family has clearly rocked Eli to the point where it seems as if he’s given up — at least on his personal hygiene. Despite payoffs, a federal raid finds Capone’s bootlegging operation taken for $20k. Capone’s new right hand man, Mike D’Angelo (Louis Cancelmi), a dual operative, tasks Van Alden and Eli with getting it back — any way they can. Who they bump off, however, may lead to severe reprisals down the road. We’re also introduced to the tireless federal agent Eliot Ness (Jim True-Frost, that many will remember from the first season of “The Wire”), confidently espousing to the press that Capone and his thugs will not rule by intimidation or otherwise, and vows to take him down.

Back in New York, Nucky Thompson’s trying to discern and pinpoint the reason for his attempted hit, with all signs pointing to Meyer Lansky (Anatol Yusef), who not-too-coincidentally was in Havana at the same time. So he sits down with retired Chicago boss Johnny Torrio (Greg Antonacci) who had his own problems with loyalty. In the previous season, Torrio was almost taken out, and the former mobster insinuates it was the power-hungry Capone who tried to kill him. Looking for advice on how to handle these delicate inquiries into who tried to have him whacked, Nucky seeks Torrio’s counsel. So Torrio brokers a meet with the new “boss of bosses,” the Italian mobster Salvatore Maranzano (Giampiero Judica), the same gangster that Lucky Luciano (Vincent Piazza) sold Joe Masseria (Ivo Nandi) down the river to when he switched sides.

These guys change teams like they change undershirts on a hot New York summer day. It soon becomes clear after Nucky and Maranzano’s tete a tete that Lansky, Luciano, Bugsy Siegel (Michael Zegen) and even Tonino Sandrelli (Chris Caldovino) — Gyp Rossetti’s (Bobby Cannavale) lieutenant from season three — are elaborately planning a coup d’état against the same side Luciano just switched to. Masseria’s body is barely cold, but it appears his murder was a longtail ruse all along.

Everything might go to plan if it weren’t for Nucky’s sharp instincts. His mysterious, quiet and cold-blooded Cuban bodyguard (Paul Calderon) catches Tonino off guard and insists he go meet with Nucky. Nervous, Tonino sings like a canary, revealing the whole Lanskey and Luciano-led subterfuge. At the end of it all, Nucky sends a message to Lansky and Luciano: I hear you loud and clear. Call it an eye for an ear if you like.

The episode also catches us up with Gillian Darmody (Gretchen Mol), who is stewing away in a women’s prison. It’s unclear how her narrative will affect the main storyline, but she is writing letters, presumably to her orphaned grandson Tommy, who must be a teenager by now. Nucky also catches up with his nephew Willie Thompson (Ben Rosenfield), now a young prosecutor on the rise with his own ambitions to make a difference. His own life has been rocked by crime — his father Eli left the family seven years earlier — and he gives a righteous song and dance speech when applying for a job at the D.A.’s office. But he’s also meeting with his criminal Uncle just moments after, and perhaps William’s lie will mean something down the road.

Written by showrunner Terence Winter himself, this episode moves with much more compelling purpose. Nucky’s flashbacks to his difficult childhood are still an integral part of the show, but this time they hold a greater emotional weight. Plus the narrative is moving at a far less leisurely pace, and these recollections feel a bit more artful. Personally I could do without them, but perhaps a deeper purpose beyond thoughtful reflection, and underscoring the show’s themes, will arise. “Boardwalk Empire” tends to surprise any dismissive notions about itself. Nevertheless in 1884, a young Nucky Thompson (Nolan Lyons), grows up fast having to deal with the death of his sister. Meanwhile, the young Commodore (played by John Ellison Conlee) deepens his relationship with Nucky, proving himself to be a greater father figure than his own (Ian Hart).

Earlier in the episode Maranzano quotes Marcus Aurelius, and it’s fitting considering that the embodiment of ambition and how men are defined will surely mark this final season. 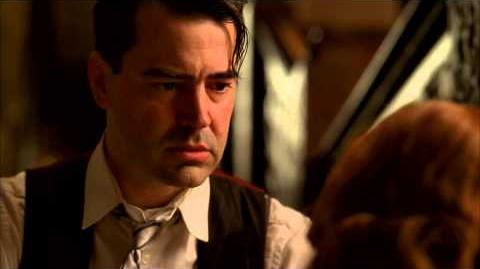 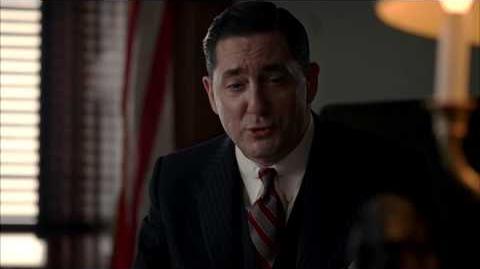 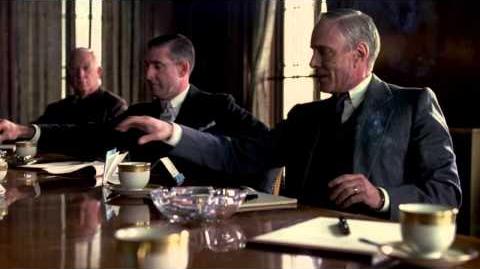 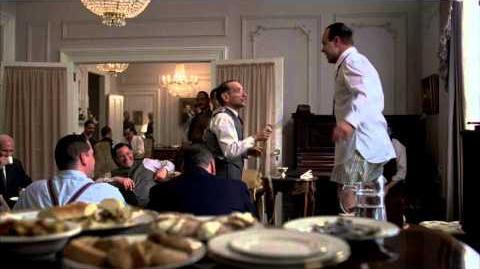